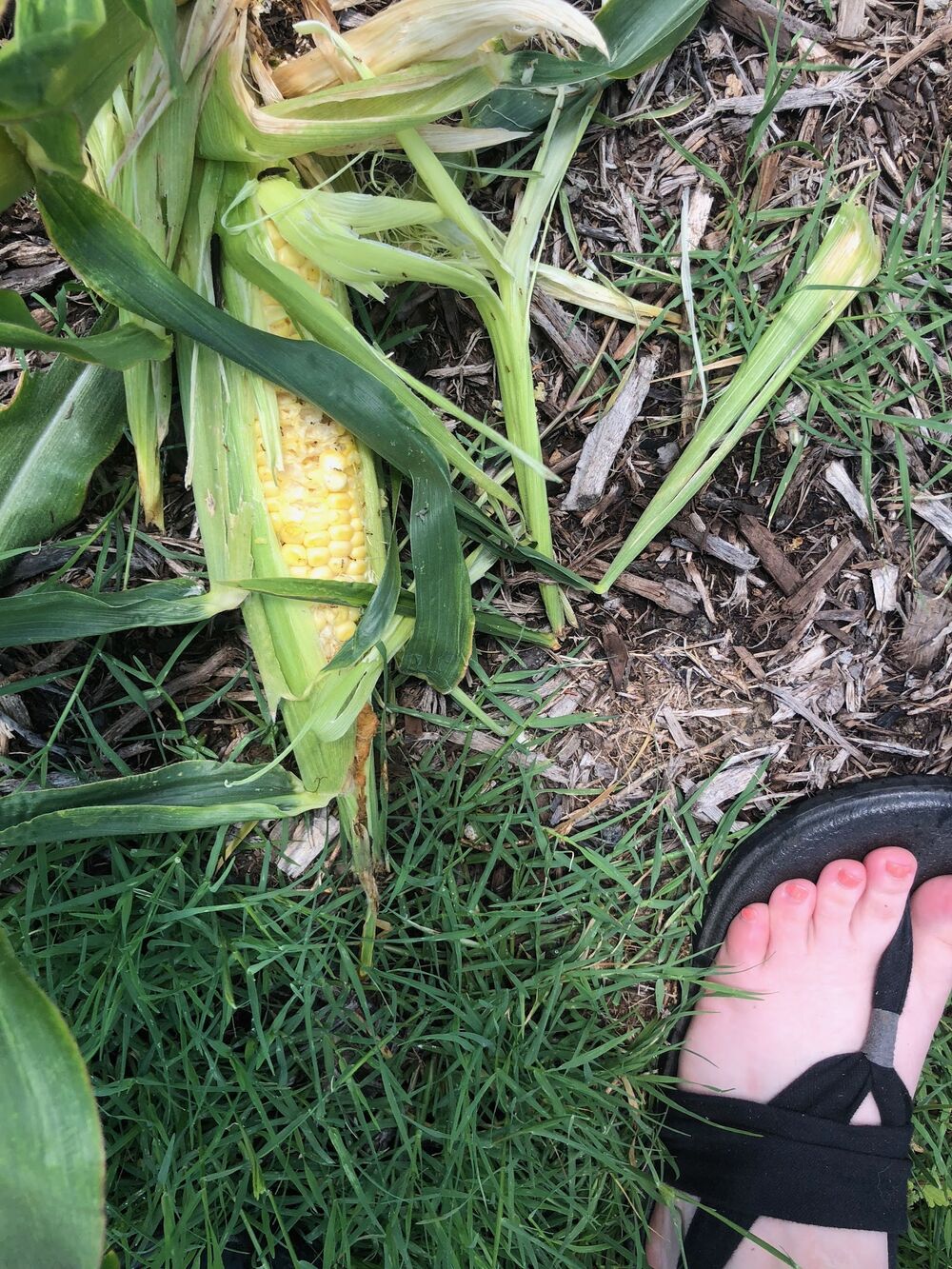 Social media is a great platform for sharing what’s happy or positive in our lives. Everyone loves a post of wiggling puppies or cute kittens. Rarely do we want others to know when we’re struggling. Well, just letting you know - we’ve had some struggles at Purdon Groves. And new ones keep cropping up.

Plant death - it happens. This was Emilie’s first foray into gardening. Although we were lucky enough to have the help of an expert gardener, Lori, in the beginning stages of planning and planting, Emilie found that she was constantly having to ask questions and do lots of research on her own. Emilie has learned so much from Lori and through her research, but that doesn’t mean there weren’t losses and setbacks. This first growing season we lost our corn, tomatoes and squash...all for different reasons and all preventable. But with each loss, Emilie learned more about gardening and more about how to prevent these losses from happening next growing season. Gardening means constantly asking questions, doing a great deal of research and learning through trial and error. 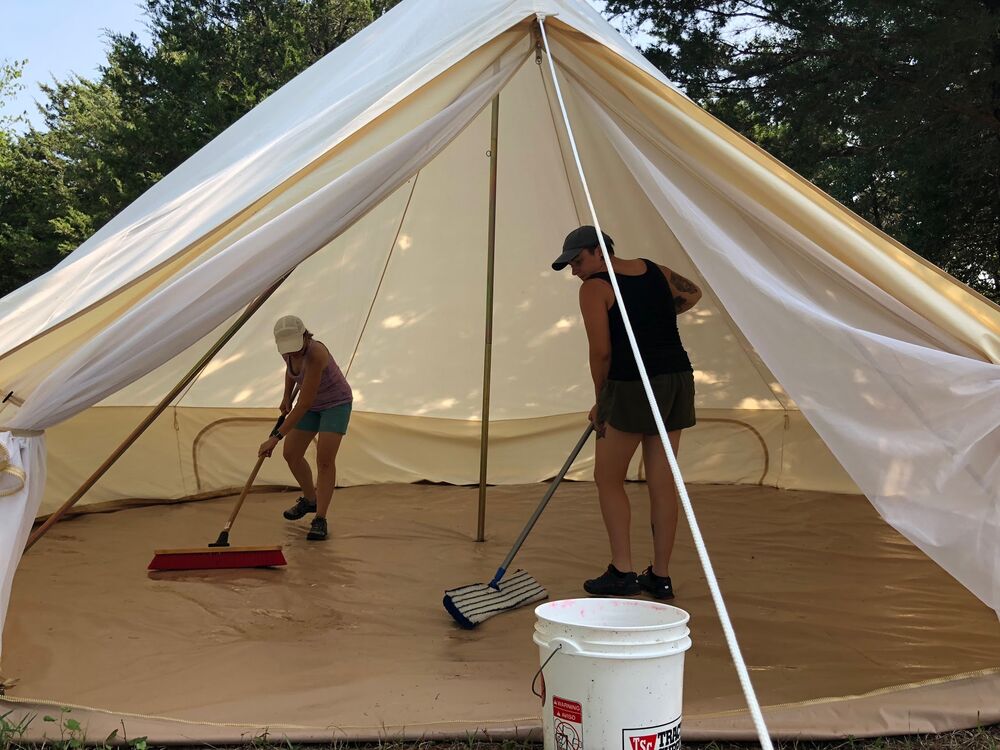 Flooded tent - totally preventable. When Sherry first spoke with our friend, Rebeka Self, @Georgia Glamping Company, the first thing Rebeka recommended was to put a platform under the tent in case of flooding. We knew we’d take her advice at some point, but the desire to quickly get a tent up and some revenue coming in took precedence. Boy, do we wish we’d taken her advice. A week or so after getting our beautiful Bell Tent assembled and staged, the rains came down. The tent is waterproof and the rugs are outdoor rugs, so no problem there. However, we didn’t have our super comfy, memory foam mattress on a frame. Two inches of water and debris came through the tent openings, ruining our mattress and soaking the rugs. The mattress and some books had to be tossed and all of the rugs had to be pressure washed. Even though we moved the tent to higher ground, we now have a bed frame and a substantial deck for the the foundation for our Bell Tent. We learned that it doesn’t pay to be shortsighted. In fact, it’s more expensive. 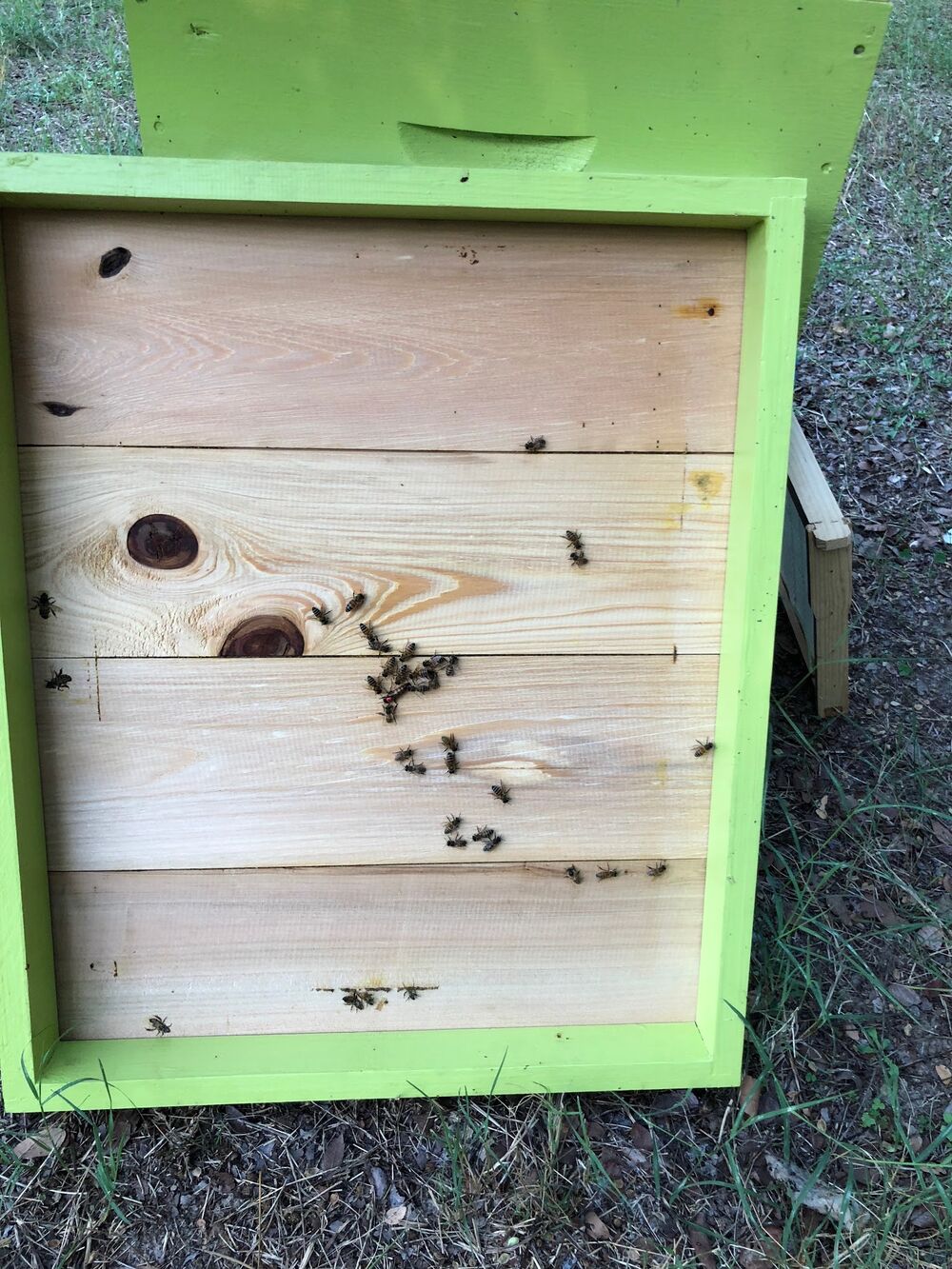 Bees attacked - still trying to figure this one out. This was probably one of the most unexpected events at Purdon Groves to date. Houston and Sherry and their dogs, Zoe and Stella, were at the farm overnight, when they decided to check on the bees before turning in. The newest hive seemed very active, with the bees bearding on the outside of the hive. Houston smoked the bees to calm them before opening the hive. Within minutes a bee was buzzing around Sherry’s head and another was burrowing in Stella’s coat on her neck. Soon, Zoe had several bees on her and Sherry and Houston were both getting stung. (When one bee stings, it releases a pheromone that basically tells the other bees to attack.) While Sherry only got stung twice, Houston had close to twenty stings. It was a rude awakening, especially since our bees had never been aggressive. Later that night, it rained at the farm, leading us to wonder if the weather was the culprit in the bees’ aggression. Houston is reaching out to our friends at BeeWeaver to get their input.

The point is, that with all of the struggles, we believe our dream is still worth dreaming. We’re still investing, physically, mentally, emotionally and financially. And we’re still learning.

Previous The Table
Next Master Beekeeper - Questions and Answers