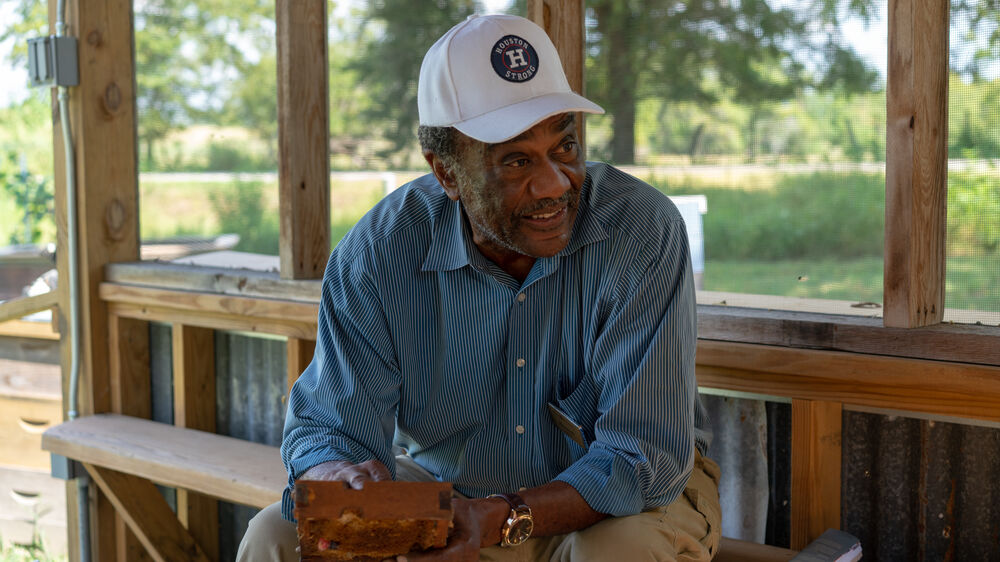 Roosevelt has been asked many questions in the past 52 years at Beeweaver, but none more than this one: "Have you ever been stung?" He laughs and tells us about his "stinging" past. "I can go some days without even getting a sting. And then, sometimes, depending on the weather, I might get three or four stings from one hive. When you start getting that many stings, we've got to watch that hive."

Another question he gets asked regularly is, "Does it hurt?" "Sure, it hurts," he tells them, acknowledging that there are a lot worse hurts in life, though, than the sting of a bee.

I had a few questions of my own for Roosevelt, like "What do you do when you're not beekeeping?" He laughs and says, "Right now, when I'm not beekeeping, I kind of live and rest and take it easy. Most of the time I lay around and watch TV. And we've got a store out there in Old Washington, where most all of the old men sit around and chat with each other. There's not too much to do out there in the countryside, but everybody knows everybody."

When I asked him about retirement (after all, he's 72), he was quick to say, "I don't want to retire. I've been coming this way so many years that when I get up on Sunday mornings, I think about coming to work. It's become a part of me."

Houston and I are so grateful for the time BeeWeaver allowed us with Roosevelt. He is truly a gem.

Previous The Table
Next Master Beekeeper - One Great Love