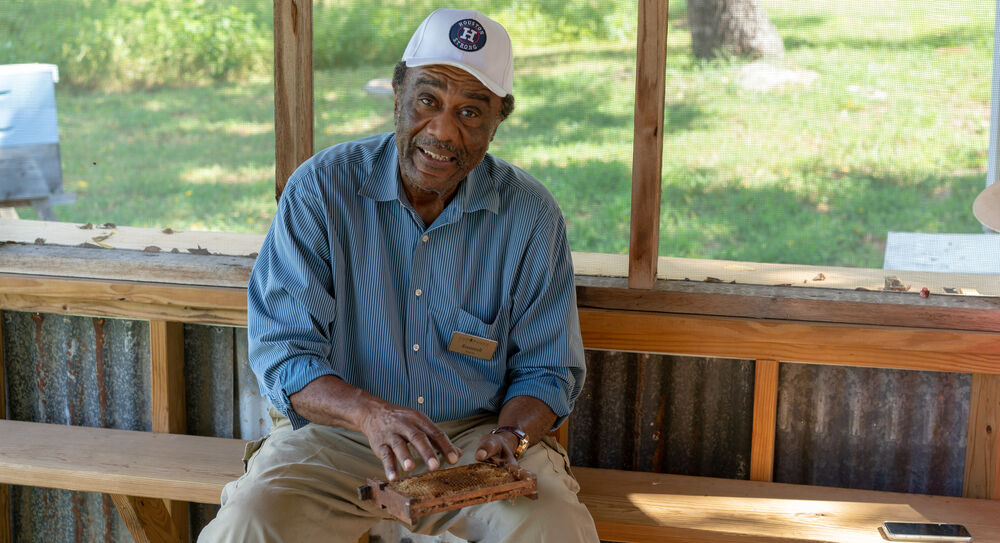 Roosevelt has held many jobs at BeeWeaver. In the late 60's and early 70's, he moved bees across the country, loading hives by hand onto trucks. He's also helped with honey production, when the company transported up to 2000 hives to the Dakotas to set them up to produce for several weeks. They'd return to harvest the honey, and as Roosevelt says, "That's when the work really started!" One super (the box layered on top of the hive, where the bees store excess honey) can weigh up to 40, sometimes 60 pounds. Both jobs were hard and heavy work. As he says, "Thank God I was a young man then!" 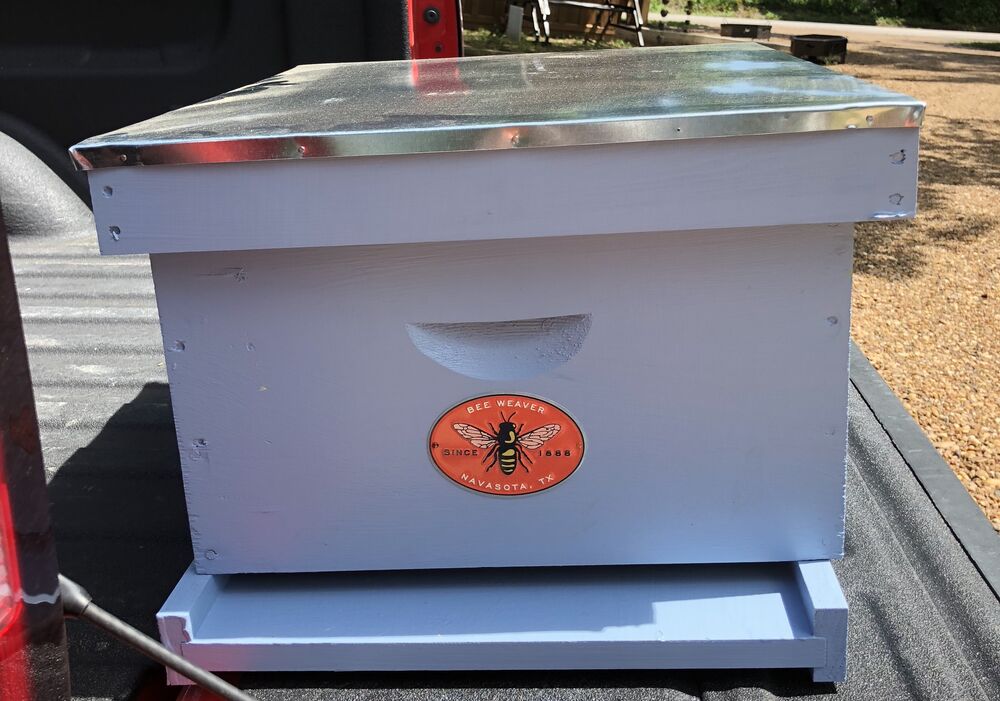 Roosevelt had another job in his early years at BeeWeaver that they dubbed, "shaking packages." It's the process where the beekeepers shake the hives - after giving them lots of smoke to calm them down - to get bees into a box for transport. That was probably his least favorite job, one where he had to get completely suited up to keep from getting stung.

But the one role he has loved has been rearing queens. "We're a big queen producer. It' just amazing what you can take a bee and make him do. I've done it all, but I love raising queens the most," says Roosevelt. He starts with a hive that has a good, laying queen and finds a comb with good larvae in it - ones that are about 72 hours old. Those larvae are then put into a cell cup in a new frame and put into a hive without a queen. The outside holes are plugged up and the worker bees feed the larvae royal jelly. The first queen to hatch kills the other larvae, so there's never more than one queen in a hive.

The Master Beekeeper's other great loves at BeeWeaver are giving hive tours and doing one on one lessons.  According to Mitzy, who works with Roosevelt, he's their gem - the reason people come to BeeWeaver. People want to learn from him.

I'm not surprised. After all, we came back.

Previous The Table
Next Master Beekeeper - The Early Years